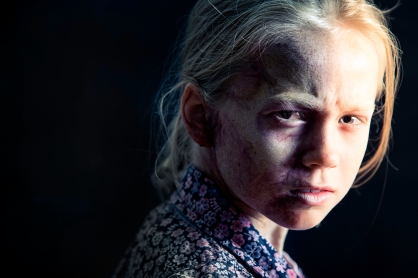 Can you imagine quiet and peaceful Auckland being overrun by zombies?   How long do you think you will last in a zombie apocalypse?  Zombies have become quite the phenomenon across a range of entertainment mediums but have yet to make an appearance in live performance…until now.

Apocalypse Z is theatre like you have never experienced before; it is a unique blend of interactive and immersive theatre.  You are invited to suspend your disbelief as the show challenges the conventions of theatre, breaking the Fourth Wall by plunging the audience at the cold face of a zombie outbreak right in the heart of the city.  We are told that the only chance of survival is a safe zone that has been erected at the corner of Aotea Square.

As you make your way in to the outpost, from the armed guard keeping watch up high to the ARC (Armed Rescue Coalition) personnel performing tests on you to ensure you are not infected, you quickly forget reality and easily get sucked in to this world where Auckland is under threat.  The rain certainly helped make things feel all the more ominous!

Once inside the safe house, true to the horror genre, that sense of security is predictably short-lived as a new threat arises in our midst.  As things begin to unravel, the tension and sense of impending danger consequently increasingly escalates. I thought the video wall which revealed CCTV footage of within the outpost and the surrounding grounds was a clever touch.  That combined with some brilliantly timed and executed theatrical effects was very effective in keeping the audience on edge.

Between the polished script by Simon London and David Van Horn, excellent direction and set design by Andrew Foster and superb, authentic performances by the cast, this is one slick theatrical production.  I did feel the boundaries could have been pushed a little bit more though and there could have been potential to make it a lot more terrifying – but that’s just the seasoned horror fan inside me speaking!  Having said that, overall the show is genuinely quite scary and the action and drama that unfolds will get your heart racing.

I do not want to give too much away as the “magic” of the experience is in the fear of the unknown and not knowing what to expect.  It is definitely not for the faint of heart but if you are looking to experience a fresh, thrilling new take on theatre with a bit of bite – pun intended! – and you want to see how you would react in a zombie apocalypse, this is not to be missed!

Well done to Beth Allen, Charlie McDermott, the cast and the rest of the “ZomCrew” – bring on the sequel!

Apocalypze Z is on until 27th April and is brought to you by Royale Productions in association with STAMP at The EDGE.

Ensure your survival and get your ticket to safety now!  Tickets are available here.  I would also recommend checking out whatwillyoudotosurvive.com